Securing Her Place in a Man’s World

Having an unconventional job for a woman has never been an issue for 28-year-old Razilayantie Razmi. She is known among friends and family as Zila.

“Some people have this stereotype that female security guards are very weak or very timid. I take that as a challenge,” she said.

Zila came to join AETOS as a security officer in 2017 after encouragement from her brother, who also worked in the security sector.

Although he didn’t think that women were cut out for the job, he believed Zila had the mental toughness it takes to make it in the industry.

Zila proved him right. In three short years, she moved up the ranks to become a security supervisor.

“It is a male-dominated industry. So as a woman, you aren’t sure how to interact with members of the public or how to handle difficult situations.

“I had to take some security courses to guide me. And my male colleagues and my supervisor have been giving me motivation and confidence, and some of them are very protective to me. They helped me along the way,” shared Zila.

Advancing from first-level security officer to security supervisor in a short time is no mean feat. But Zila is not stopping there.

A firm believer in continuous learning, she has gone for additional courses to increase her knowledge and improve herself.

“There are a few courses that I’ve taken outside of security, like the company emergency response team or CERT, facilities management, and also a customer service course.

“These courses helped me to handle fire emergencies or attend to any faulty facilities in the building,” she said.

Now, she has her sights set even higher.

“I’m thinking of taking a senior security supervisor course and proceed to chief security officer. But I would also like to venture to new technology or cybersecurity.

“I still have more to learn, but maybe one day I can take over my general manager now,” said Zila candidly. 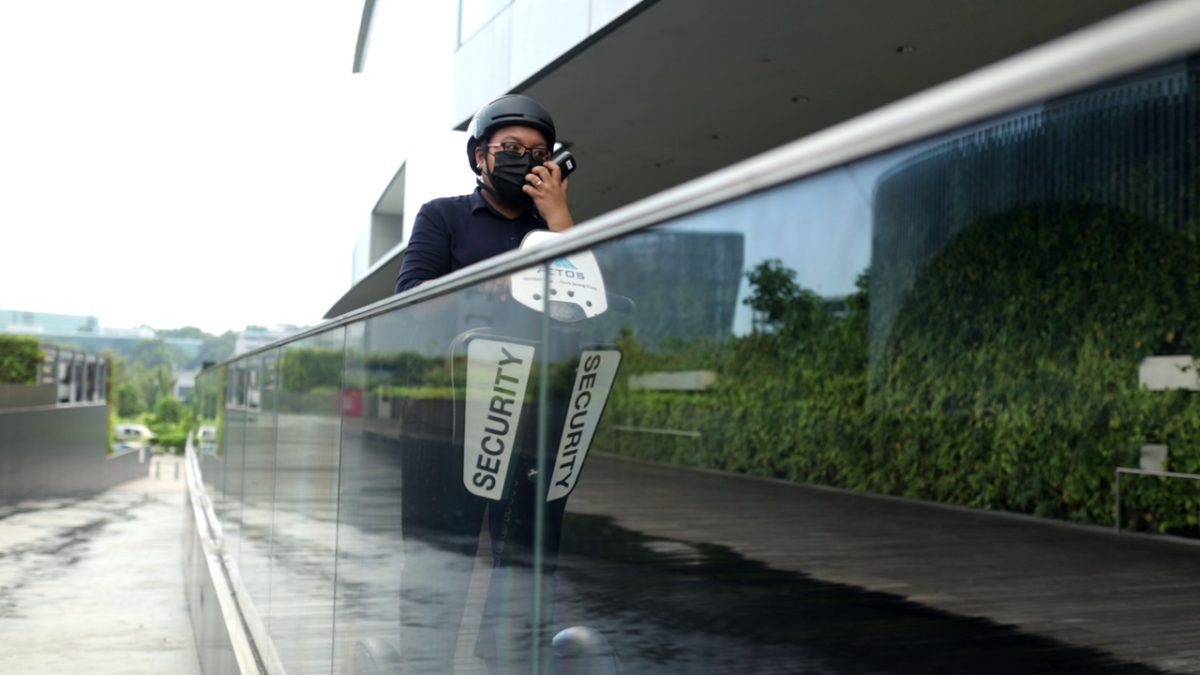 Zila finds meaning in her job because it allows her to help people in ways big and small.

Once while on patrol duty, she received a call from the security command centre asking assistance for a person who was stuck in a storeroom with no ventilation.

Without knowing the exact location, Zila and her team searched everywhere, worried that they may run out of time.

“At last, we found the person in a secluded area. It was quite an experience for me because then I realised not only do we protect buildings we can also save people’s lives.

“This makes me happy,” said Zila.

In the same way she got into this field, Zila ends with a challenge to others who might be keen on following suit.

“I would like to encourage more women to join the security industry. If I can do it, why can’t you?”