Zainal Sapari: Your Bidding Is My Command

In my last blog post, I shared my thoughts on how irresponsible outsourcing by organisations or companies could depress or lead to stagnating wages. Cheap sourcing could cut the margins of service providers and hence, give them very little room to provide better employment benefits other than those required under the Employment Act.

Another prevalent practice that makes it harder for service providers to service their contracts and unfair for them is the inclusion of “one-sided” contract clauses. This leads to a master-servant relationship between service buyers and service providers. Ultimately, such contracts will impact the workers as the service providers find ways to cut corners such as not giving workers their 13th month bonus, paying low basic salaries so that any overtime payments will be low as well, and denying workers their medical benefits outside the scope of the Employment Act. Moreover, it could also be challenging for service providers to embark on productivity efforts given that their operating margins are very low. Collectively, if we can change this practice, we can create an environment that will benefit all parties, including workers who can enjoy better employment terms and conditions.

Let me share some actual examples of unfair contracts that my unionised cleaning companies have shared with me.

Sadly, even when a vendor or contractor wins a contract, any form of celebration would most probably be short-lived because “The Master” has moved in. Generally, in many service contracts, there will be provision for the contract to be terminated. Unfortunately, in most instances, only the client (or “The Master”) has the right to determine the employment of the contractor (or service provider) at any time by giving one month notice in writing. Obviously, this can impact the workers involved in the contract and compromises their sense of job security. Hence, many service providers end up bending backwards to accommodate demands made by the service buyers during the contract period. There is no provision for service providers to terminate the contract. In what would be a fair contract, a termination clause would allow for reasonable engagement by both parties to address the issue; and should the issue remain unresolved, the termination clause should enable both sides to give notice for early termination based on the agreed terms and conditions.

Another practice I find mind-blowing is when service buyers specify that there will be NO PAYMENT for work done if the situation requires that any of the building or facilities need to be cleaned for VIP events, even on Sunday, Public Holiday or after office hours. To squeeze the service providers further, service buyers may also expect the service providers to provide cleaning supervisors to be stationed and deployed at buildings AT NO ADDITIONAL COST for VIP visits or special events. As the frequency of these unexpected events are not made known to the potential service providers, it is almost impossible for them to factor these costs in when bidding for the contract. This means that some service providers may not pay their workers for the additional work if they can get away with it. To mitigate this issue, why can’t service providers estimate the number and corresponding costs of VIP visits in a year or even include a quote upfront for additional costs should such services be required? Wouldn’t this be fairer to all parties involved?

Strangely, some cleaning contracts even state that service providers must attend to all emergency cases and mobilise sufficient cleaners and equipment to start the cleaning and restoration work immediately and within an hour of being notified should there be any emergencies such as flooding, bursting of pipes and others. Their “Masters” expect that the service providers would have made such allowances in the tender price quotation and hence, DO NOT ALLOW ADDITIONAL CLAIMS to be made. Again, this is a one-sided and unfair clause because it would be impossible for the tenderer to gauge the number of times per year that such emergencies would happen to be able to cost it competitively. Actually, insurance bought by the service buyers can cover such emergencies but they normally want the cleaning service providers to bear the costs.

There are also instances in quotation documents where the service buyers specify that the providers of cleaning contracts pay for any summons issued to them when there are cases of mosquito breeding, rat infestation and others, should these be found at the surrounding areas of the buildings, roof tops, etc. This is unfair because such matters should be under pest control as this is not within their scope of work. Moreover, if the service providers had highlighted their concerns and made pest control recommendations which were not accepted, then any summons issued to the organisation should not be borne by the service providers.

If service providers are looking forward to ending the unfair treatment at the end of the contract period, they may be in for a disappointment if “The Master” exercises its Option to Extend where the service buyer shall have the absolute discretion to extend the contract in whole or part on a yearly basis to a maximum of two years at the SAME prices/unit rates and upon the same terms and conditions of the contract. Hence, if there are any unforeseen changes in circumstances (e.g. increase in foreign worker’s levy; increase in CPF contribution rates; mandatory compliance to Progressive Wage Model), service buyers will exercise the option leaving service providers struggling to cope with the cost increase. (In my conversation with some service providers, a reasonable Option to Extend should not be more than three months to give sufficient time for service buyers to find a new service providers). 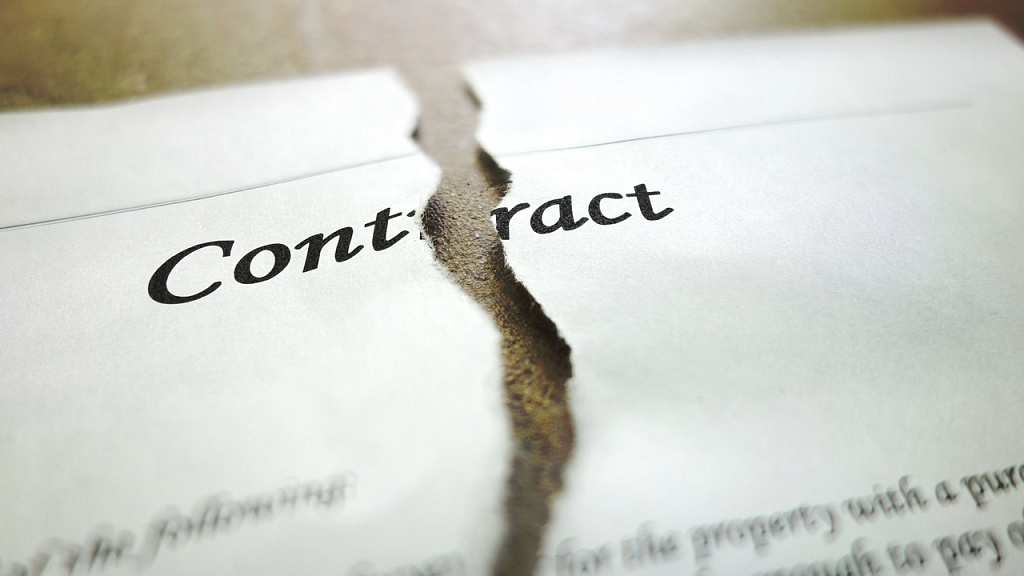 To me, the first step is to transform the mind-set.

In the playing field of service buyers and service providers, the real runners are the employees – workers who sweat it out to honour the contract. Service buyers who tamper with contract clauses should certainly put themselves in their service providers’ shoes, and next, in their employees’ shoes. It is our cleaners, security officers and other workers on site servicing the contracts who bear the full brunt of unfair, one-sided contracts.

Secondly, the government should take the lead in this necessary change.

I was heartened to see the Ministry Of Finance thanking members of the public for raising the issue of a school which specified, in the quotation documents posted on GEBIZ, that the potential vendor must be able to provide unlimited changes in creative services. Other than agreeing that it is unfair to expect the vendors to agree to unlimited changes, MOF said it would issue “a circular to remind all government agencies of standing procurement principles, which includes ensuring that all procurement specifications are reasonable and fair”. Kudos to MOF!

While many of these contracts are typically independent of government influence, the government itself may want to take the higher moral ground to ensure its contracts are reasonable and fair. For a start, MOF may want to scrutinise clauses in tender or quotation documents to ensure that contracts do not end up one-sided. They could also consider starting a periodic audit to check quotation or tender documents and share their findings on unfair (and irrational) clauses which they have flagged up.

Perhaps with the government taking the lead to promote reasonable and fair contracts, it would play an instrumental role to shape the behaviour and practices in outsource contracting.

Thirdly, it is definitely time to review the standard criteria of what makes (or doesn’t make!) fair and reasonable clauses in contracts. Perhaps, it is about time to provide training for procurement offices to draft and administer fair, and above all, ethical contracts (remember the unlimited changes for design work that had the Internet in a frenzy?). For example, clauses should carry quantifiable measures – for better delivery of services as well as for better assessment of damages.

So, what constitutes reasonable and fair clauses in tender quotations? As a rule of thumb, any required service expectation must be specific enough to allow prospective service providers to estimate the cost so that they can factor it into their quotation price. The next rule of thumb is mutual reciprocity. For example, if service buyers want the right to terminate a contract after giving a notice period, likewise, they must accord the same right to the service providers.

And fourthly, liquidated damages. These should not be a rip-off tool for service buyers to coerce service providers into submitting to their demands or worse, as a means to recoup the expenses incurred for the contract. Rather, it should be a professional tool to reasonably compensate service buyers for non-compliance of service standards. Guidelines should be set in place to quantify and qualify damages, with a due sense of morality. Ideally, service providers should be given a chance to explain the circumstances leading to the lapse in service standards and the follow-up actions taken to meet the required service standards.

Lastly, to hold the fort, it would be good if there is an independent body, similar to the Consumer Association of Singapore (CASE), to mediate contractual disputes. In fact, a Tripartite Mediation Framework sounds good to me. But of course, the easy way out is to say that the contract was “mutually” agreed upon and if service providers cannot abide by the terms and conditions, they should not tender for the contract. Unfortunately, many times, it is precisely because the service provider needs the contract that it subjects them to the mercy of the service buyers. Most times, signing the contract all but finalises this.

It is unfortunate that we still see unfair or one-sided contract clauses in many outsourced contracts involving private companies, town councils, the government, statutory boards and many others. Let us avoid a situation where poor vendors have little option but to agree to the terms and conditions, since to them, some business is better than no business.

We pride ourselves on being a gracious society and the examples we set out for the next generation of leaders and Singaporeans. Surely, we can do better than this?

I, for one, definitely think so.

This is a post by National Trades Union Congress (NTUC) Assistant Secretary-General Zainal Bin Sapari. Any extracts should be attributed back to the author. 1 March 2016.

*Note: In a recent parliament sitting on 1 March 2016, Zainal Sapari shone the spotlight on service contracts in Government tender specifications. The full transcript is available on Zainal Sapari’s Facebook page.