Zainal Sapari: All workers are equal, but some are more equal than others!

An IT support staff of a vendor engaged by NTUC was helping me to install some IT software when I engaged with him in small talk.

“How long have you been with the company?” I asked.

“I am on a two-year contract,” he replied.

“After two years?” I probed further.

“See lah, whether company wants to renew. If not, find a new job,” he politely replied in our local ‘Singlish’ but, I could sense the job insecurity he had that was evident in his tone and body language.

On another occasion, NTUC U Care Centre organised a roadshow to educate workers on their employment rights. After the session, a Malay lady approached me and asked,

“Tuan, betulke cuti tahun tambah satu hari setiap tahun bekerja?” (Sir, it is true that our annual leave increases by one day for every additional year of service?)

“Betul Mak Cik, tapi majikan hanya perlu beri sampai 14 hari sahaja mengikut undang-undang’ (Correct, Auntie, but employers are obliged to give a maximum of 14 days according to the law).

She asked further, “Kenapa Mak Cik dah bekerja sepuluh tahun tapi cuti tahun masih 7 hari?” (Why is my annual leave seven days even though I have worked for 10 years?).

Instinctively, I asked her, “Mak Cik, kerja apa?” (Auntie, what is your job?).

“Kerja pembersih” (I am a cleaner) she replied.

I knew what the problem was. Every time her employer renewed her contract; her employment benefits were ‘reset’ and in this case, it was her annual leave that was compromised.

These are just some of the issues fixed term contract employees face. They lack employment certainty due to the short tenure of their contracts and many also bear the brunt of unfair practices when their benefits are ‘reset’ each time their contracts are renewed.

Employees are on a fixed term contract if both of the following conditions apply:

Such fixed term contract employees can be found in companies providing specialist services such as IT and construction, where the workers are placed on a project with a definite completion date. Having workers on fixed-term contracts is also quite common in certain businesses like cleaning, private security, and facilities management, where the employment duration will coincide with the length of the service contract awarded to the company.

In Singapore, term contract employees form a small part of our workforce but play an important role in giving flexibility to employers to be cost effective in their business operations. For example, term contract employees enable employers to engage additional staff during seasonal peak periods or as a temporary replacement to permanent staff that are on long leave, such as maternity leave. This employment strategy can help companies expand without comprising its commercial competitiveness.  In some instances, employees are put on fixed term contracts to give the organisation more time to appraise the employee to ensure a good job fit before offering permanent employment.

Regardless of whether employees are on term or permanent contracts, they are protected under the Employment Act. All workers covered under the Act enjoy protection of salary payment, protection against unfair dismissal, notice period requirements and conditions pertaining to termination of service. Some of these workers are further covered under Part IV of the Act, which provides for additional coverage for rest days, hours of work and annual leave.

Taking advantage of a loophole

Unfortunately, fixed term contract of employment has unintended consequences when some unscrupulous employers take advantage of the loophole to deny the employees of their employment benefits to reduce their manpower-related costs. In the Employment Act, some employment benefits (e.g. annual leave, sick leave, maternity leave, childcare leave etc.) only kick in after three months of service. This is a gap that must be plugged – where fixed-term employees can be shortchanged by employers who deliberately break their contracts to deny them their statutory employment benefits.

While such occurrences are small relative to the total workforce, a more likely scenario is one where the employer prefers to put his employees on a one or two-year contract but keeps on renewing it once the contract ends. The employer ‘gains’ because the statutory benefits of the employees will be kept to the bare minimum upon contract renewal. They also absolve themselves from any obligations to pay retrenchment benefits (if there is a retrenchment exercise for their permanent employees) or being accused of unlawful termination. 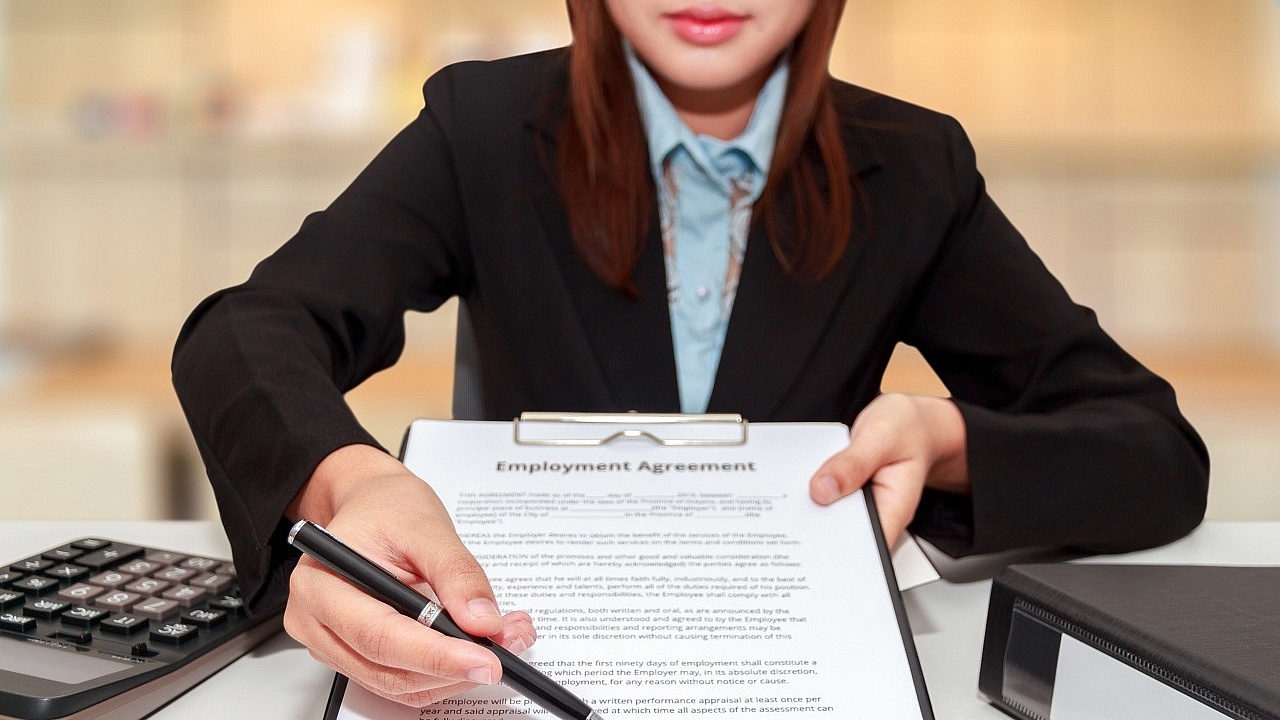 Practices in other parts of the world

In some countries, term contract employees are protected by law to ensure employers provide them with the same salary and equivalent employment benefits package as a permanent staff. In fact, they are also entitled to the same retirement package (if applicable) if they have worked for the same employer for two continuous years.

There is still much that our tripartite partners need to agree on to offer better protection for term contract employees.

Following the call by the union and labour Members of Parliament for more protection to be accorded to fixed term contract employees, the Ministry of Manpower (MOM), National Trades Union Congress (NTUC), and the Singapore National Employers Federation (SNEF), jointly developed a set of Tripartite Guidelines on the Employment of Term Contract Employees, which was announced in 2016.

Under these guidelines, all term contracts of service of 14 days or more, which are renewed within one month from the end of the previous contract, are treated as continuous service. Basically, this means that all statutory benefits under the Employment Act and the Child Development Co-Savings Act are awarded to the employee based on the cumulative length of such continuous service. Even the notice period will be based on the cumulative length of service should there be a need to end the employment of the employee.

This is a good practice that will contribute to a more motivated work attitude amongst term contract employees as they are recognised for how long they have worked in the organisation, rather than just the duration stated on a piece of paper.

More needs to be done

The issuance of these tripartite guidelines is an important first step that relies on moral suasion and voluntary adoption to encourage the correct behaviour from employers to move towards progressive employment practices. However, it may not be enough.

During the Committee of Supply debate in Mar 2017, Manpower Minister Lim Swee Say announced that tripartite standards will be introduced as part of the overall strategy to chart fair and progressive workplaces. Perhaps, the tripartite guidelines on the employment of term contract employees can be “upgraded” to form tripartite standards, to incentivise employers to subscribe to the guidelines?

Our labour landscape is evolving. Term contract employment is becoming increasingly common and it can, given its nature, threaten job security. While having guidelines and advisories may be good initial steps, their effectiveness must be closely monitored and the option of legislating them cannot be ruled out.

This is a post by NTUC Assistant Secretary-General, Zainal Sapari. Any extracts should be attributed back to the author. 24 July 2017.