One Life Lost is Too Many

by Fawwaz Baktee
in Opinions

That number kept playing in a loop in my head as I looked around. Forty-four was the number of construction site deaths that happened over two-and-half years since January 2016.

There I was standing in the middle of a construction site for a new international school. The heavy machinery around the site were all covered in concrete-coloured dust.

Workers walked around in their yellow hardhats and fluorescent green vests, speaking in tongues that made me play a ‘guess their country of origin’ game in my head. Bangladesh, India, China – that was as far as I got.

The 44 people who lost their lives were perhaps like these workers – they could have spoken the same languages, ate the same kinds of food, did similar work.

But the difference between these workers and those 44 was obvious. The ones standing in front of me still stood a chance to go home to their loved ones once their work in this country is done.

“Wait, wait, wait! Wait for the green light,” my liaison, a Workplace Safety and Health (WSH) officer, yelled and gestured with his palm from across the unpaved road just as I was about to cross.

Indeed, there was a pedestrian light. “Bought at Sim Lim Tower. It’s a small price to pay to keep everyone safe,” he added.

Where ever there was a potential safety hazard, there was a sign painted in bright fluorescent green. Even the concrete and sand buckets were in that colour to make sure everyone can spot it from a distance, even at night.

‘Caution. Beware of step,’ showed one sign, warning of pipes that were sticking out of the ground.

The pipes were capped and painted bright red to make it visible even to the most oblivious of us. To be honest, if it were not for that sign, I would have almost certainly tripped over one of the pipes. 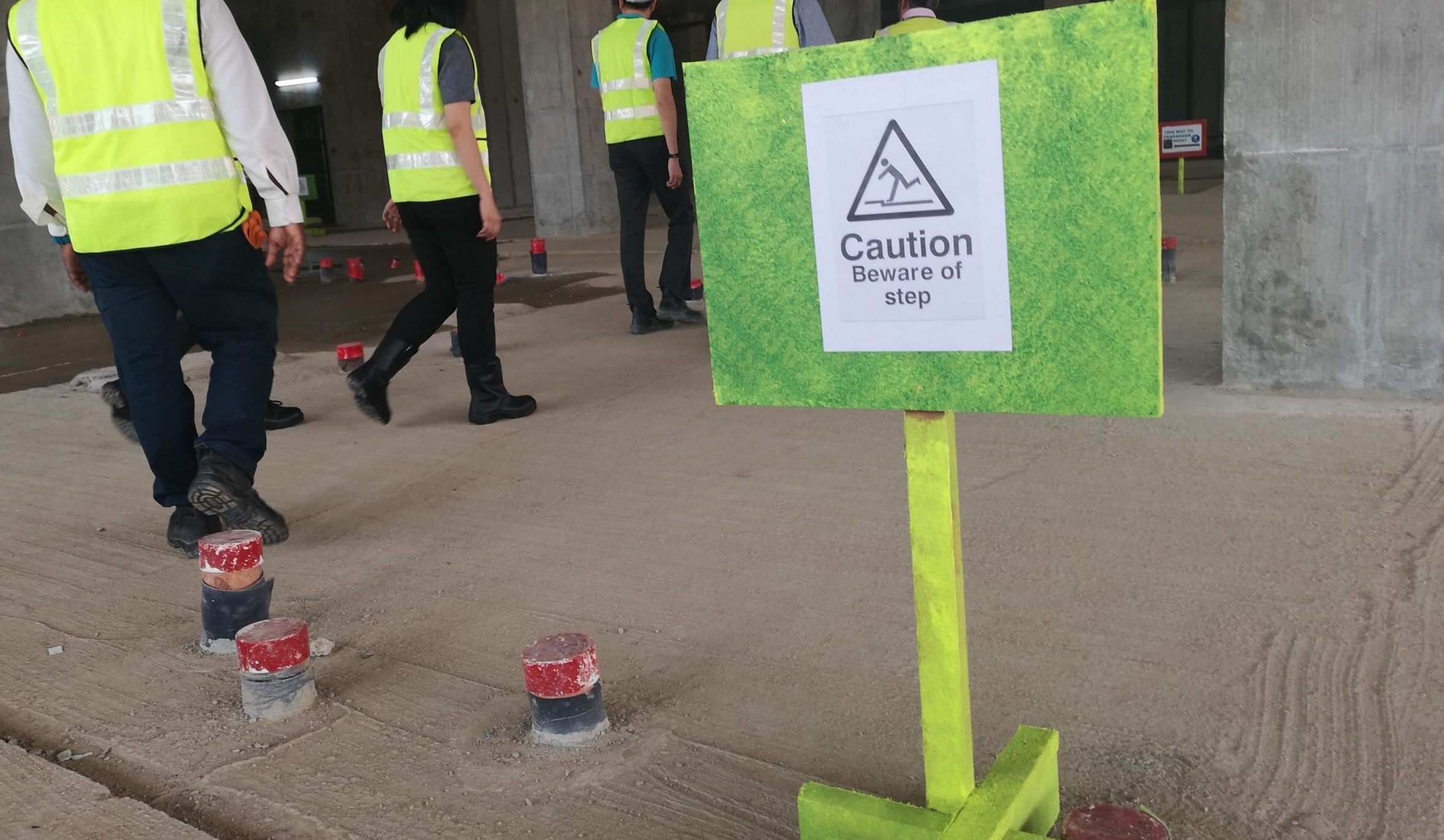 Despite trying to show a calm demeanour, my eyes perhaps betrayed me to announce the terror I felt when we were going up to the eighth level of the uncompleted building.

“Don’t worry,” the WSH officer assured me as we rode up the construction hoist, “you’ll see that we’ve done everything we can to make sure it’s safe for everyone.” 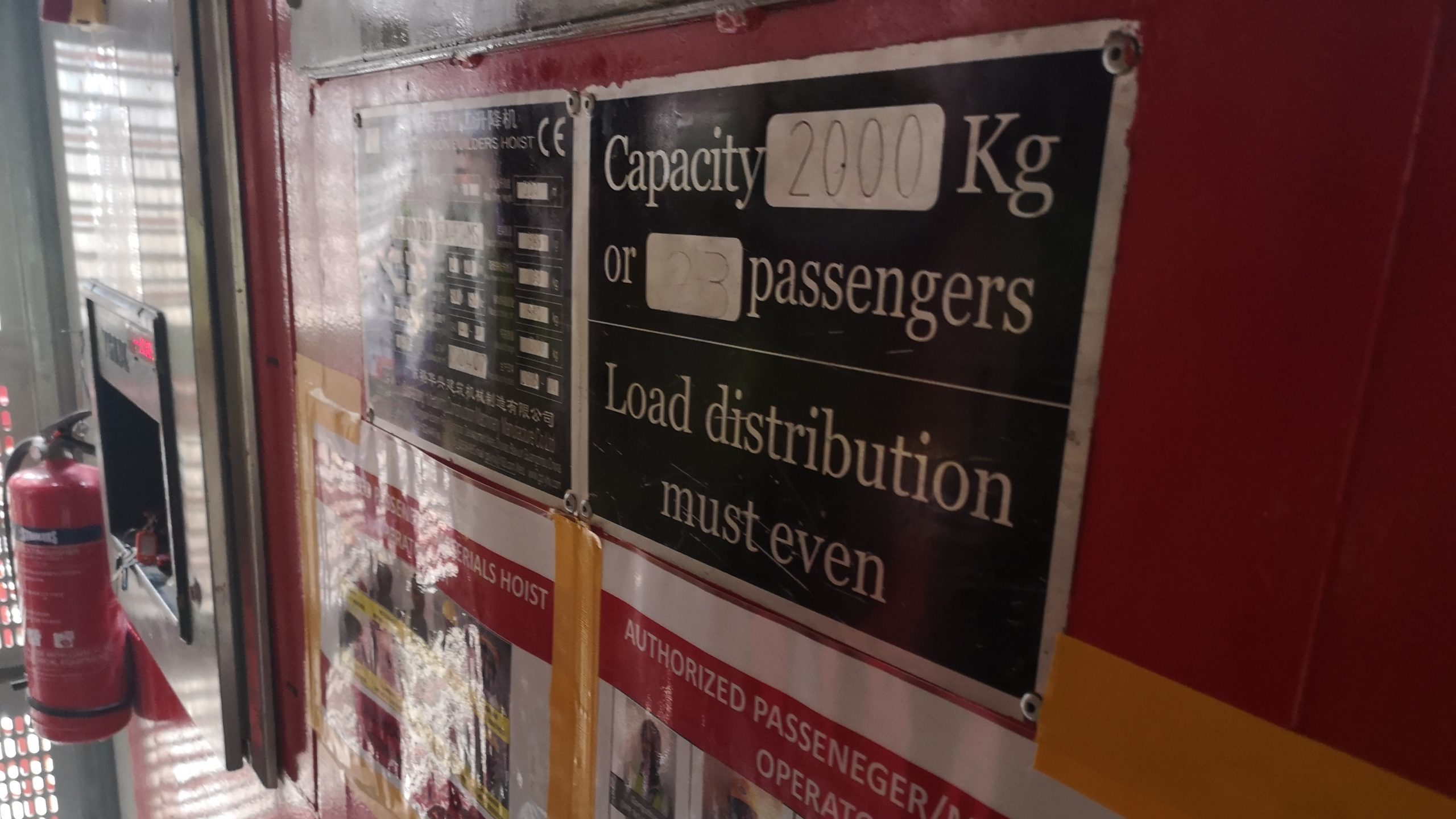 The gates of the hoist opened, I stepped out, and all I saw was a floor of a building that had no walls at any of its four sides. Zero. None.

That was when my legs turned to jello. But the closer I crawled to the edge of the building, the more obvious the safety feature became.

“Just don’t lean against the barricade,” advised the officer. Surely, I was not remotely insane enough to do that. 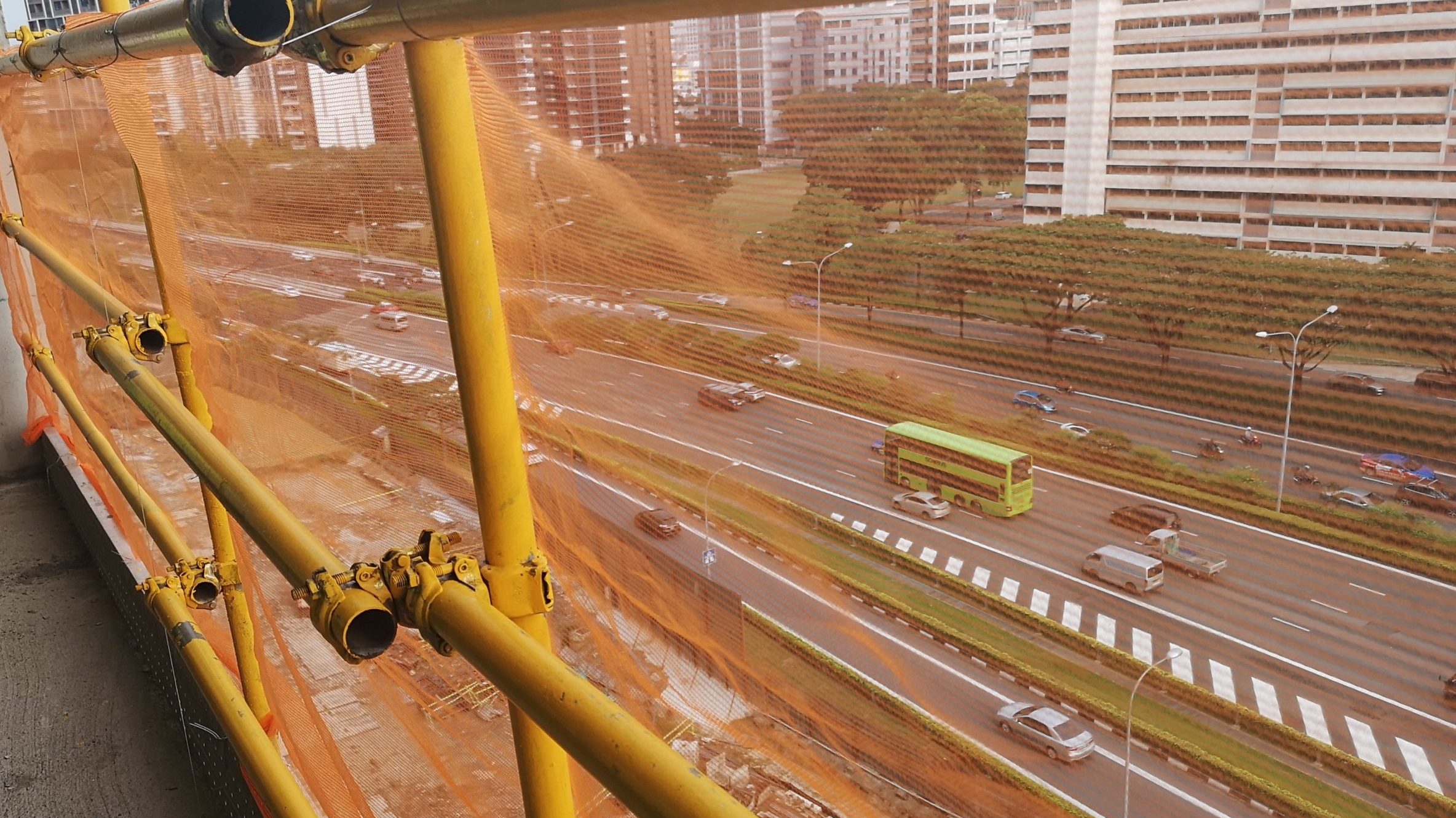 The company had identified many safety hazards and addressed these with practical measures.

For instance, if there is a risk of a worker losing a limb while operating machinery, their solution was to cage any rotating or heated parts of the machine.

If a worker might trip and impale himself on protruding rebar, they capped the sharp edges with something blunt and soft enough to prevent this.

If a worker is in danger of heat injury, they have implemented a mandatory policy that supervises all workers to drink 1.5 litres of water at a designated time – something borrowed from the army, I suppose.

As you can see, many of these initiatives are based a lot on common sense and are not very difficult to implement.

It will not burn a hole in the company’s pocket, although it does cost money. But to borrow a line from my liaison: It is a small price to pay to keep everyone safe.

Note: This post is part of a learning journey to Straits Construction organised by the NTUC Workplace Safety and Health Secretariat.