Think about Singapore’s Labour Movement, and the National Trades Union Congress and its 60 unions plus 1 association and 11 social enterprises, immediately come to mind. A good sign as this reflects the depth of the impact NTUC’s network has made upon our social consciousness.

However, as described in NTUC Secretary-General (SG) Chan Chun Sing’s recent speech during the 2016 May Day Rally, there are other facets to the Labour Movement that have and will continue to complement the work of the unions, association and social enterprises in helping all working people.

With an eye on the future, there will be an increased focus on growing the Labour Movement’s network. One that builds upon the union bedrock to include partnerships with professional associations and guilds (U Associate); and small and medium-sized enterprises (U SME); and freelancers and self-employed (U FSE).

Building on that, is a wider range of services that will be offered to union members. From industrial relations advice and assistance, career coaching, job placement, training and skills upgrading, to a targeted $200 million injection into the NTUC Education and Training Fund, working people can expect more support to help meet their evolving needs.

While it can be a new concept to grasp, the following visual should help distill the essence of the Unusual Labour Movement here in Singapore. 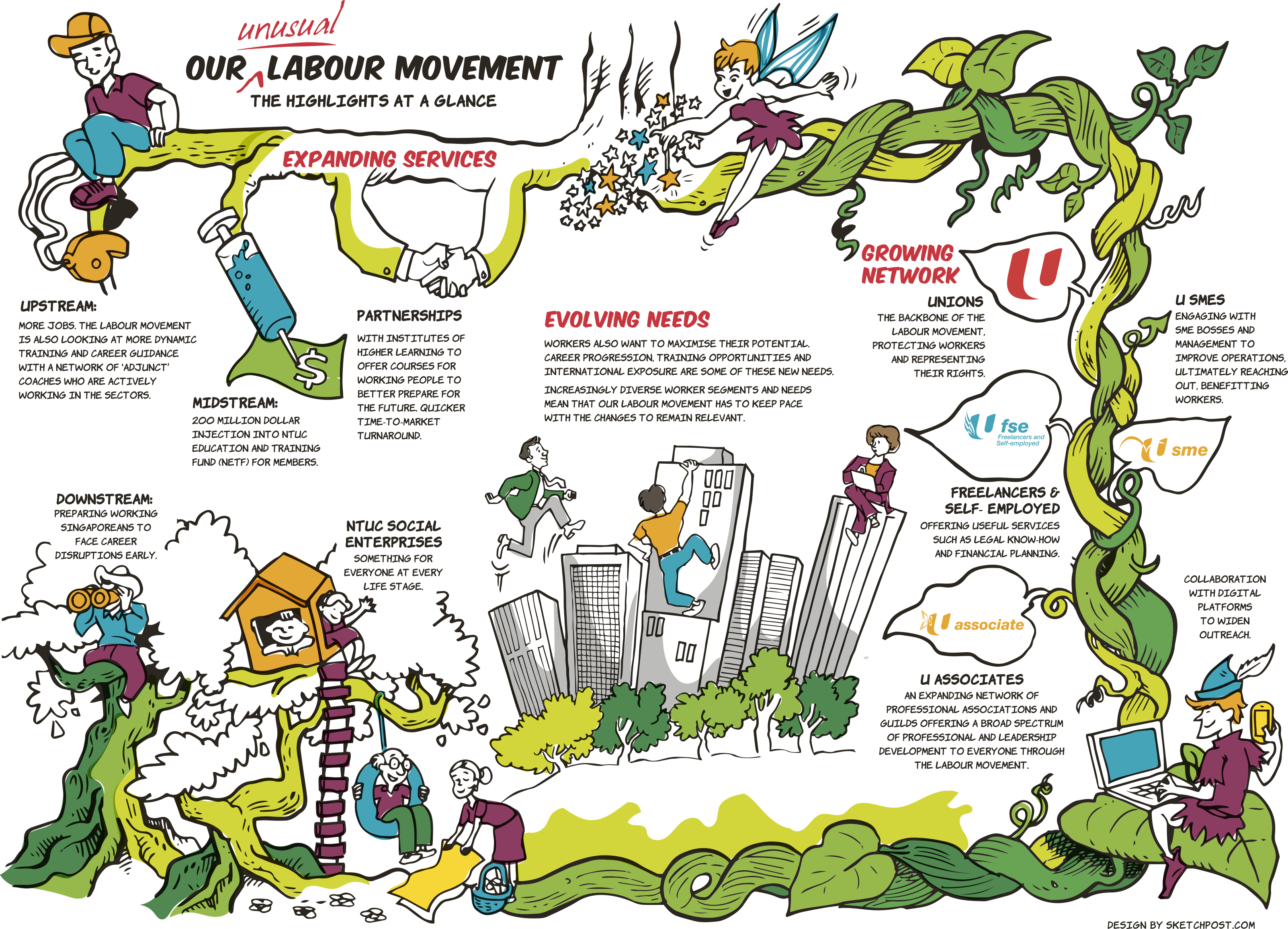