Older workers will soon get more support when the Government raises the ages for retirement, re-employment and the CPF rates.

After consulting more than 1,500 stakeholders, the Tripartite Workgroup on Older Workers has made public its recommendations on 19 August 2019.

The workgroup consists of representatives from unions, employers and the Government.

The Government has accepted all 22 recommendations, and Prime Minister Lee Hsien Loong spoke at length about the issues at the National Day Rally.

Let’s zoom in on some of the recommendations and take a closer look at what’s in store for older workers.

Although the retirement and re-employment age will be raised by three years, this will be done gradually over the next decade.

The workgroup said that this would give enough lead-time for businesses to plan.

The first move will be to increase the retirement and re-employment age to 63 and 68 first. This will take effect from 1 July 2022.

The Government also committed to raising the retirement and re-employment age first.

As part of the Government’s move to get the ball rolling, those in the civil service will see their retirement and re-employment ages raised to 63 and 68 respectively in 2021 instead of 2022.

Although subsequent increases should be on a yearly basis, the exact timing of the future moves will be decided later. This is to enable the monitoring of the outcome of the first move in 2022 and consider the economic conditions, according to the workgroup. 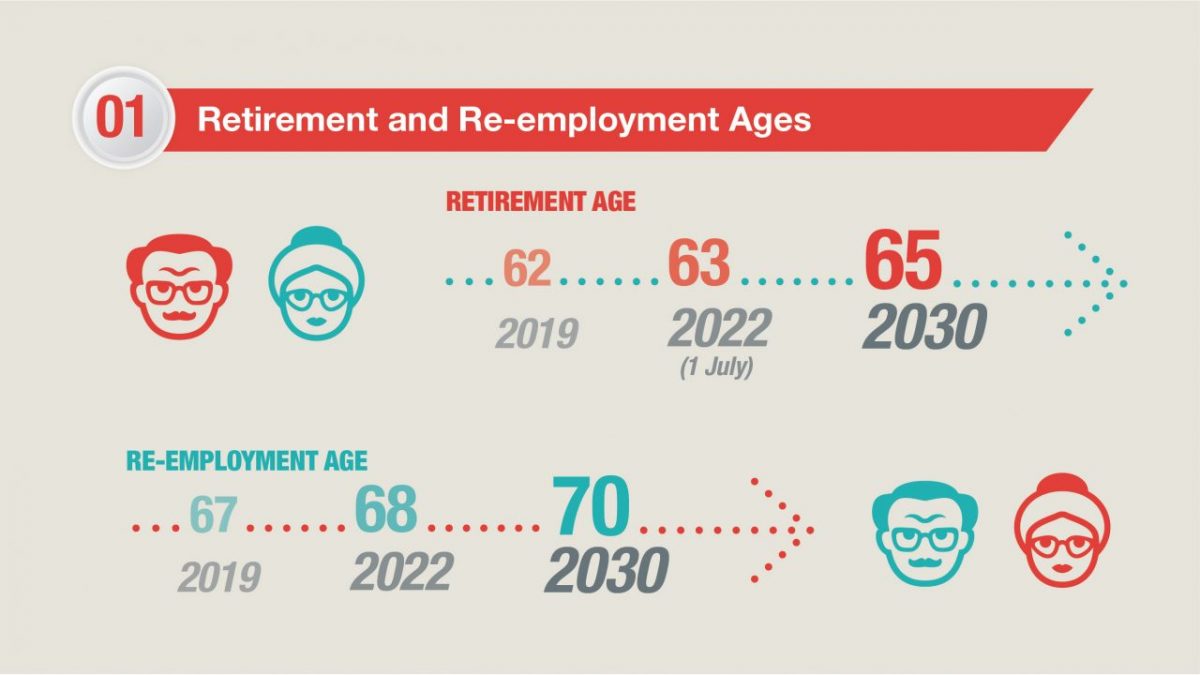 Re-employment contracts will continue to have a duration of a minimum of one year.

However, the workgroup urged employers to offer re-employed workers longer contracts beyond the stipulated minimum.

Currently, the Special Employment Credit helps to raise the employability of older workers and provides employers with a wage offset when they hire Singaporeans aged 55 and above and earning up to $4,000. However, this scheme will expire in 2020.

The continuation of the wage offset will show the Government’s commitment to support employers with the changes, said the workgroup.

Doing so will help older workers continue to stay healthy and retain an income, while companies will be able to continue to leverage on a pool of skilled and experienced workers. 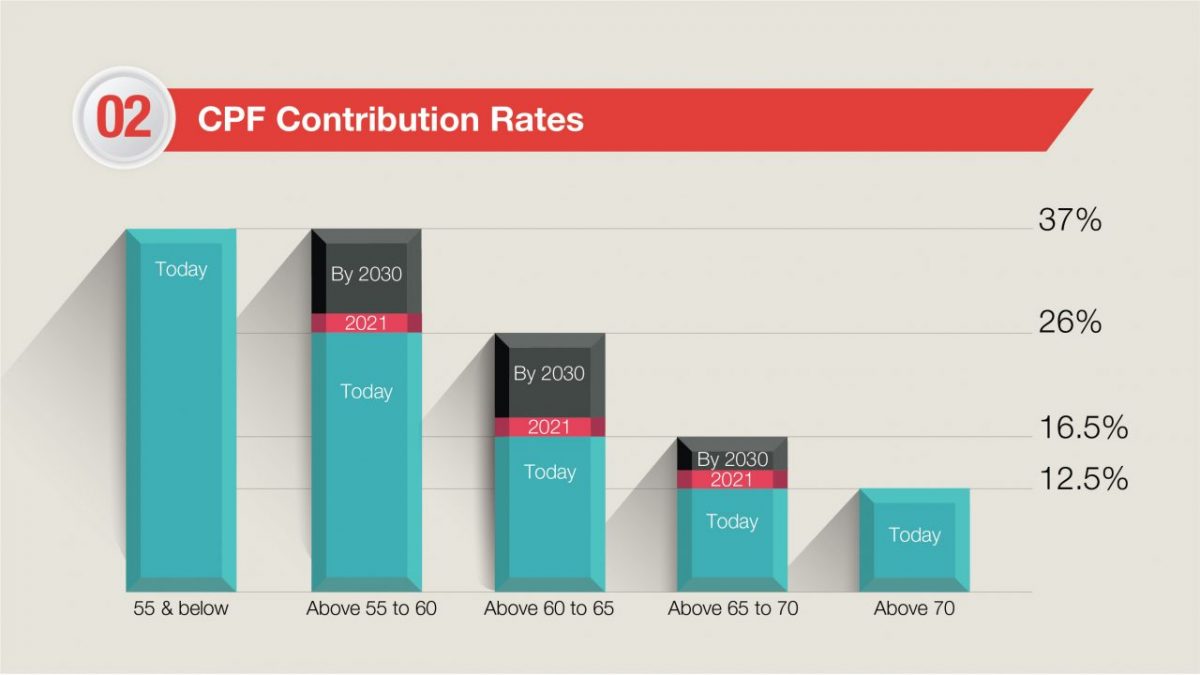 Withdrawal ages and policies won’t be changing – you will still get to withdraw some money at 55, and start receiving your CPF payouts at 65.

However, it’s important to note that 2030 is only a target, as there might be a need to defer the contribution rates increases due to economic conditions.

Take a break from work with this list of fun and exciting things to do in Singapore throughout the year.

Take on a Seasonal Job to Get Extra Cash!

For the Love of Coffee: A Starbucks’ Story

Apart from stocking its selves for your shopping needs, this neighbourhood supermarket has been busy doing things for the environment...