Why Tripartism is Singapore’s winning formula 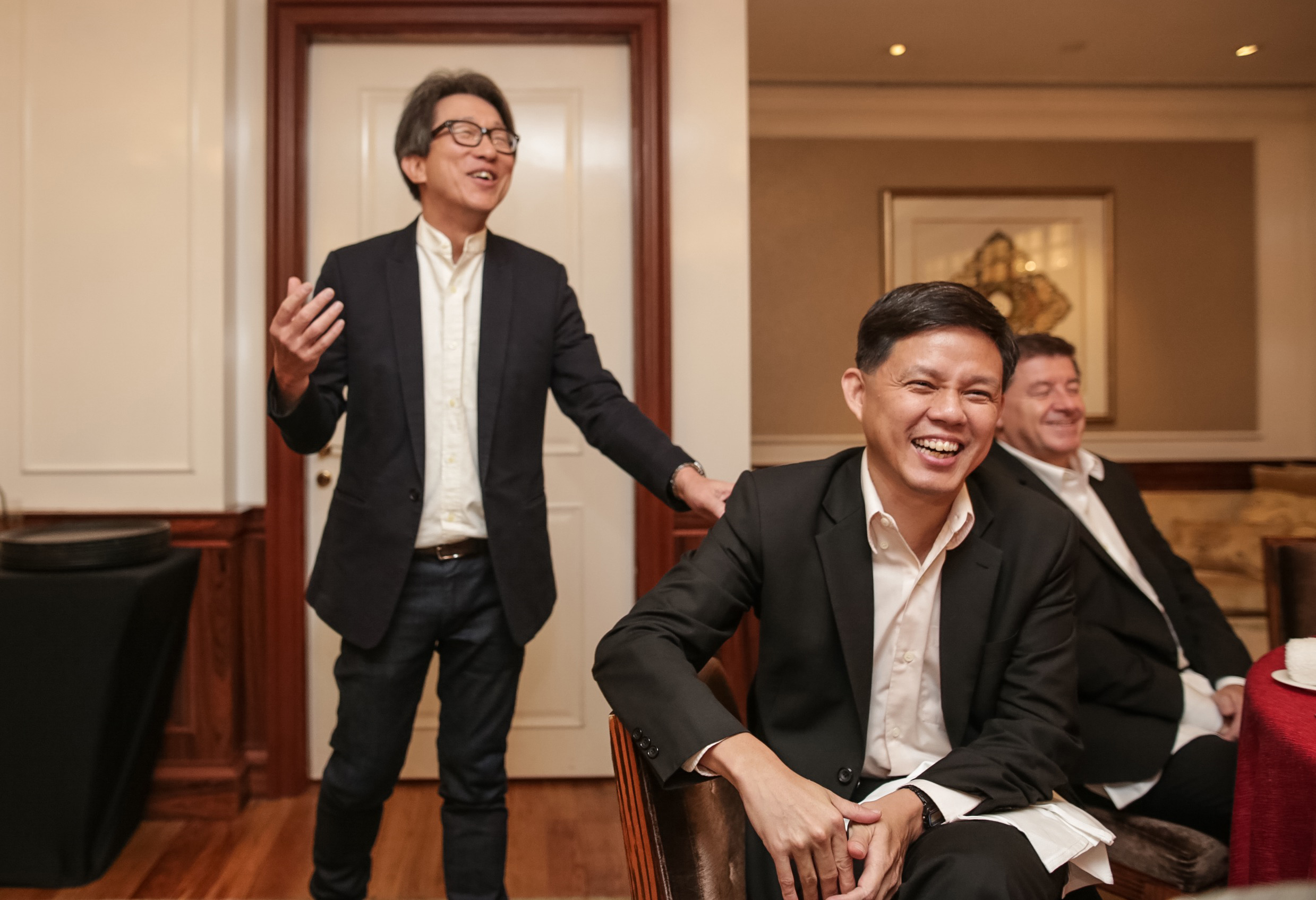 It is not in many countries around the world that you see this scene being played out: Key representatives from the employer body, trade union movement and the elected government around the same table, and sometimes, even holding hands together.

In Singapore, such a scene is normal, I would even go one step further and call it the order of the day.

And there’s one word that describes this close nexus between the employers, labour movement and government bodies, namely the Ministry of Manpower.

That word is called “Tripartism“.

The case for Tripartism… or six.

To celebrate the success of tripartism over the last fifty years, the tripartite partners – the Singapore National Employers Federation, the Ministry of Manpower and the National Trades Union Congress – invited leading practioners of tripartism to Singapore for the International Forum on Tripartism (IFT) on 26 October 2015.

All in the hopes of encouraging meaningful dialogue and exchange on the road and challenges ahead for tripartism on the international arena.

So why the focus on tripartism – both in Singapore and beyond?

Guy Ryder, Director-General of the International Labour Organization (ILO) puts it this way: “As the Singapore story shows, nursing cohesion between social partners is a long-term commitment, but central to sustainable growth and decent work.”

True enough, the case for tripartism is also evident in the everyday life of our little red dot. So here’s why I think tripartism works:

#1 – Imitation is the sincerest form of flattery

At the IFT, I heard first-hand from several illustrious personalities. Though they came from different regions, they echoed the same sentiment: that they really envied Singapore’s model of tripartism. It was most heartening to hear.

In particular, Mr Guy Ryder, in an earlier interview with NTUC This Week said: “In Asia and beyond, Singapore is looked upon as a model, and many countries are interested in learning lessons from your successful development, in particular your social dialogue model  (which some countries use as a parallel term to mean tripartism) and social protection system.”

#2 – We’re able to care for our migrant workers

One topic that came up for discussion was on the topic of migrant workers. Participants from countries which had migrant workers from their nation working here were keen to find out assistance and training schemes Singapore had for the welfare of their citizens, and they went back assured that the Migrant Workers Centre (MWC) had been set up specifically to assist foreign workers in Singapore with a slew of initiatives for their personal well-being.

In my time as a journalist covering Manpower and Labour Movement stories for nearly 25 years, my biggest satisfaction to date is the fact that Singapore’s job market and economy has been and continues to be, strike-free and strife-free.

All this thanks to the 2 Ts – Trust and Tripartism amongst the workers, employers, and government.

In many parts of the world, Labour Day or May Day, often translates into workers taking to the streets to protest against their governments for job discrimination and poor wages. But attend any May Day Rally in Singapore whether in good times or even during a downturn year – and you’ll find workers alongside employers and Government representatives, coming together to celebrate and recognise the solidarity of our tripartite partners.

#5 – And a different kind of National Day

And even at our National Day celebrations, you will often find many unionised companies organising National Day Observance Ceremonies (NDOCs), so that they can celebrate the nation’s birthday together with their workers, as well as invite union representatives to be part of the celebrations. In fact, for SG50 this year, the Labour Movement celebrated our nation’s Golden Jubilee with a four-day celebration in the month of August, and kickstarted it with a Tripartite NDOC to maintain the strong tripartite relationship, which epitomises the strong and close tripartite relationships between unions, management and the Government.

While deliberations on the National Wages Council, a body comprising government, union and employer representatives to discuss annual wage guidelines, are bound to throw up differences in views amongst the various partners, consensus remains the order of the day. As a result, one area which the partners have never failed to touch on in their recommendations is to help low-wage workers improve their well-being and salaries each year.

How is all this possible in Singapore? To me, it is because the principle and policy of worker and nation before self remains paramount in everybody’s minds. 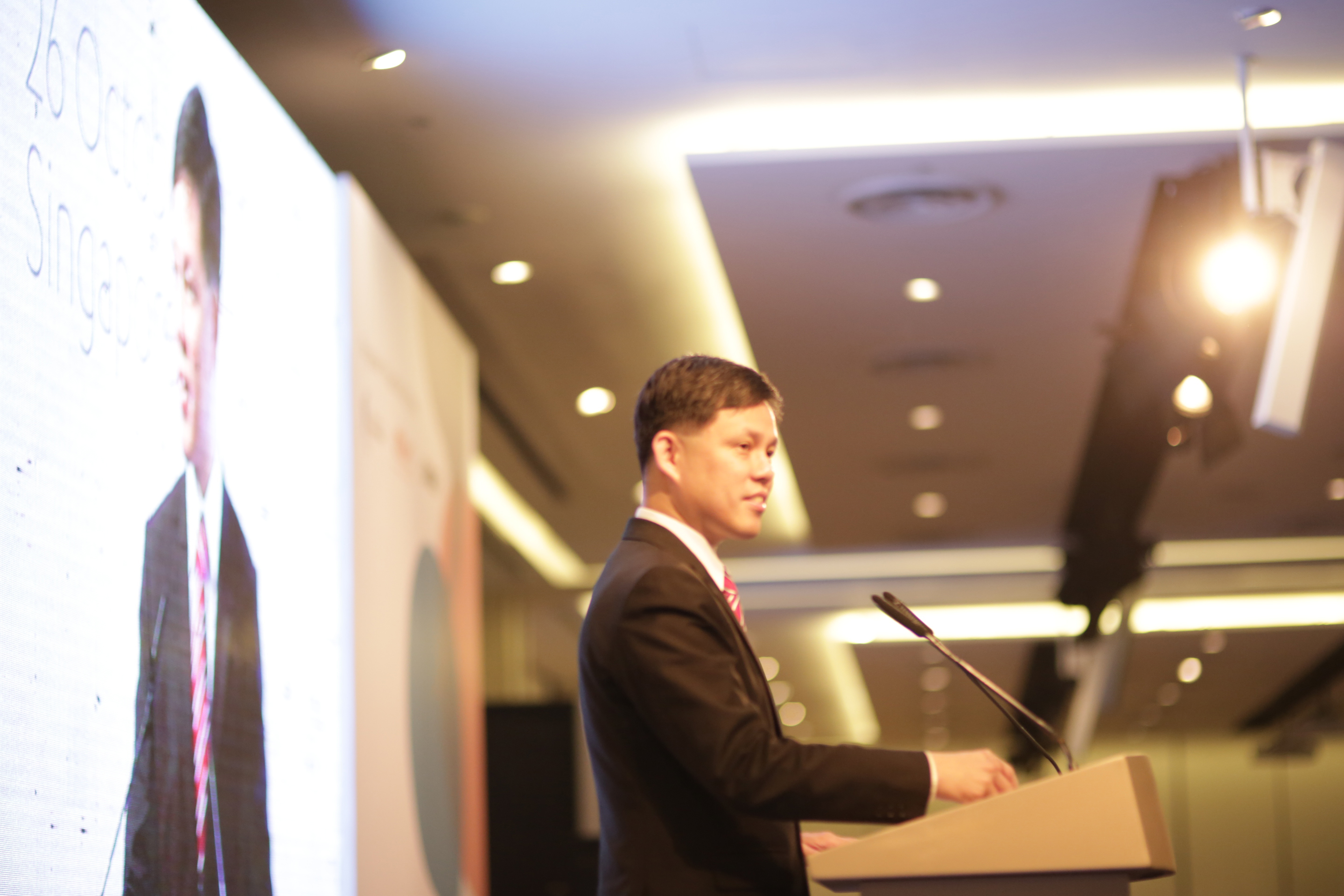 Singaporeans have time and again been reminded not to take things for granted and this can’t be further from the truth when it comes to economic growth.

Tell-tale signs of an impending economic slowdown are already looming, a point highlighted by Prime Minister Lee Hsien Loong when he addressed some 1,100 delegates at the opening dinner of the National Delegates Conference 2015.

“GDP growth this third quarter is down year-on-year, just 1.4%. We have to be prepared for a slowdown, possibly a downturn”, cautioned PM Lee.

Question is, when met with a downturn, will tripartism in Singapore crumble? Unlikely.

In fact, each downturn Singapore has faced has only served to strengthen the tripartite spirit for us to ride out the downturn together, as one Singapore.