The number of foreign domestic helpers in Singapore has swelled by 40 per cent in the last 10 years.

The last time the Manpower Ministry did a headcount in 2017, they placed the number at 240,000. That means that one in every five households has a helper living with them.

Now, imagine yourself living and working in a foreign country. You would want support to make your time in a strange and unfamiliar land more comfortable, wouldn’t you?

Well, it’s no different for these quarter of a million foreign souls here in Singapore – especially, when they need help with employment or social issues.

The Centre for Domestic Employees (CDE) has been at the forefront of supporting domestic employees since 2016.

The centre has now doubled its presence since setting up its first office in Novena. It currently has three satellite centres, one in City Plaza, one in Peninsula Plaza, and another in Lucky Plaza. 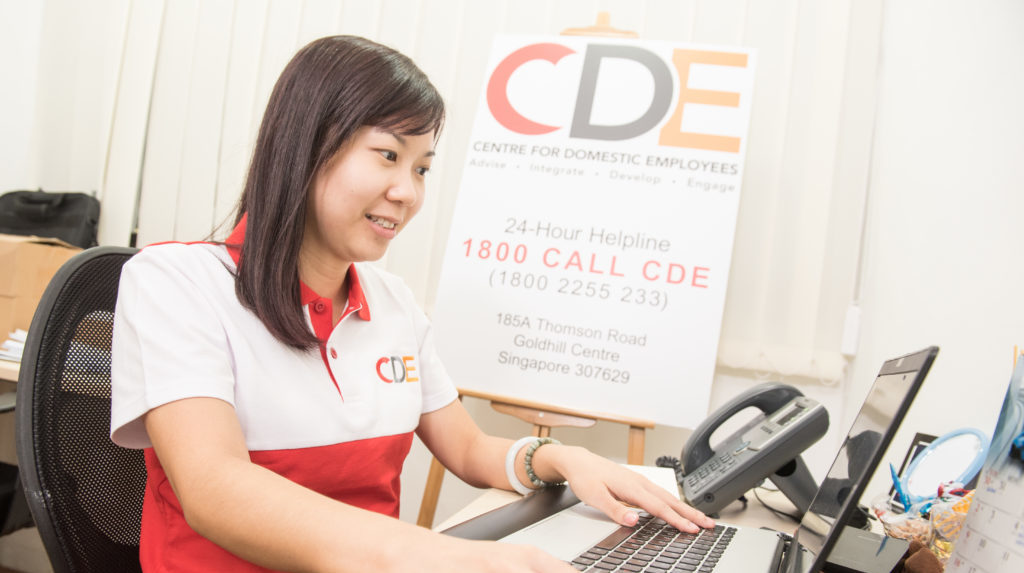 What Initiatives Does CDE Have, You Ask?

The initiative allows domestic employees to open a bank account for themselves, with no initial deposit and minimum sum.

Based on a survey, CDE found that 79 per cent the domestic employees who responded were paid in cash.

CDE also found that many employers safe keep the salary of their domestic employees, which could potentially lead to salary disputes due to a lack of transparency. The centre handled 607 cases in 2017, and most of them were related to salary disputes.

For a guide on how to plan to pay your domestic employee electronically, here’s how you can do it.

First Point of Contact: Since November 2017, CDE has started conducting interviews on randomly selected first-time foreign domestic employees on behalf of the Ministry of Manpower.

CDE hopes to understand first-hand the challenges both domestic employees and employers face and intervene before issues escalate.

During the interview, the domestic employee will be asked employment-related questions, such as how she’s coping with her work environment, and whether she is being provided with adequate food and rest.

The domestic employee will also be reminded on the importance of safe working conditions as well as her rights and responsibilities.

Domestic Employees Welfare Fund: The centre also set up a fund that is used to provide humanitarian aid to domestic workers in distress. The help can come in the form of an ex-gratia payment or an allowance to help them get through their plight.

Training Opportunities: CDE is also working with NTUC LearningHub and SkillsFuture Singapore (SSG) on a skills assessment framework. The framework seeks to assess some essential domestic work competencies such as cooking, cleaning and housekeeping. Visit NTUC LearningHub for more details.

The reason behind having such a framework is to reduce potential employer-employee disputes, as it assures employers of the quality of their domestic employee. And as for the domestic employees, the framework helps them to perform their duties more confidently.

A New Shelter: This year will also see CDE opening a shelter for domestic employees who need a place to stay while their cases are ongoing. The new shelter will include services like like training, and legal or medical clinics.

What If I Want to Volunteer?

The centre has been building a base of volunteers since opening its doors in January 2016.

The centre also has Singaporean volunteers that comprise people from different ages and backgrounds who care for the welfare of domestic workers in Singapore.

Things that we should do to protect ourselves from not only the virus but from misinformation and negativity.