Have You Met The Individuals Marching At This Year’s National Day?

by Contributor
in People

Story and Photos by Jonathan Tan and Avelyn Ng 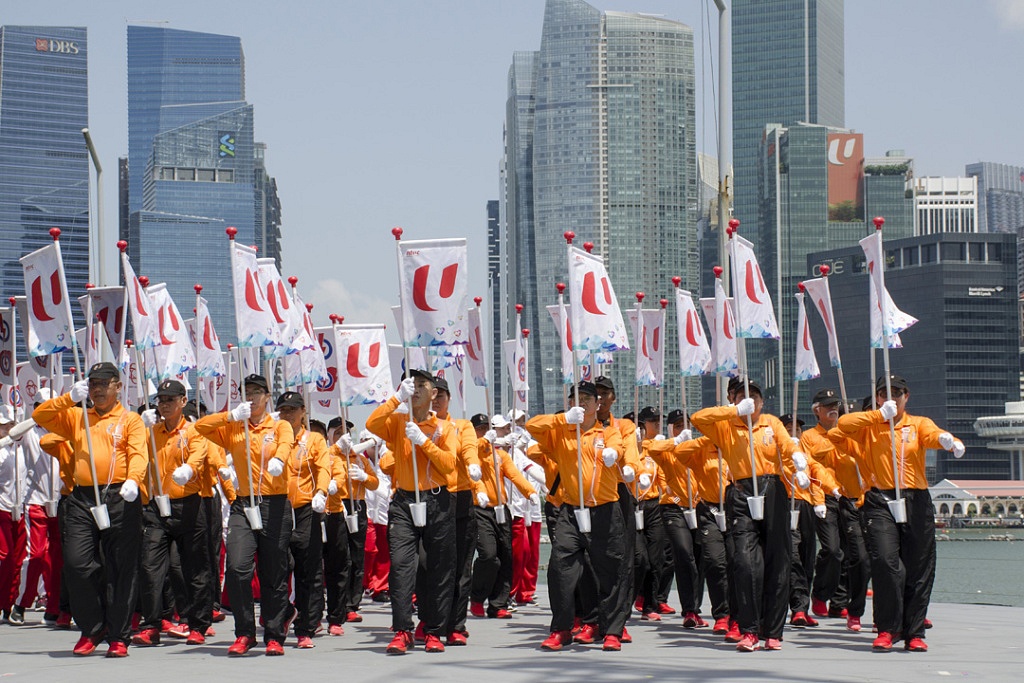 Over a span of 16 weeks, 44 union members both young and young-at-heart from 19 unions have been braving the blistering sun to fly the NTUC flag high for Singapore’s 52nd birthday celebration. This is also the 52nd  consecutive time since Singapore’s independence in 1965 that NTUC has a marching contingent participating in the parade.

We go behind the scenes at the Floating Platform for a glimpse of the action. 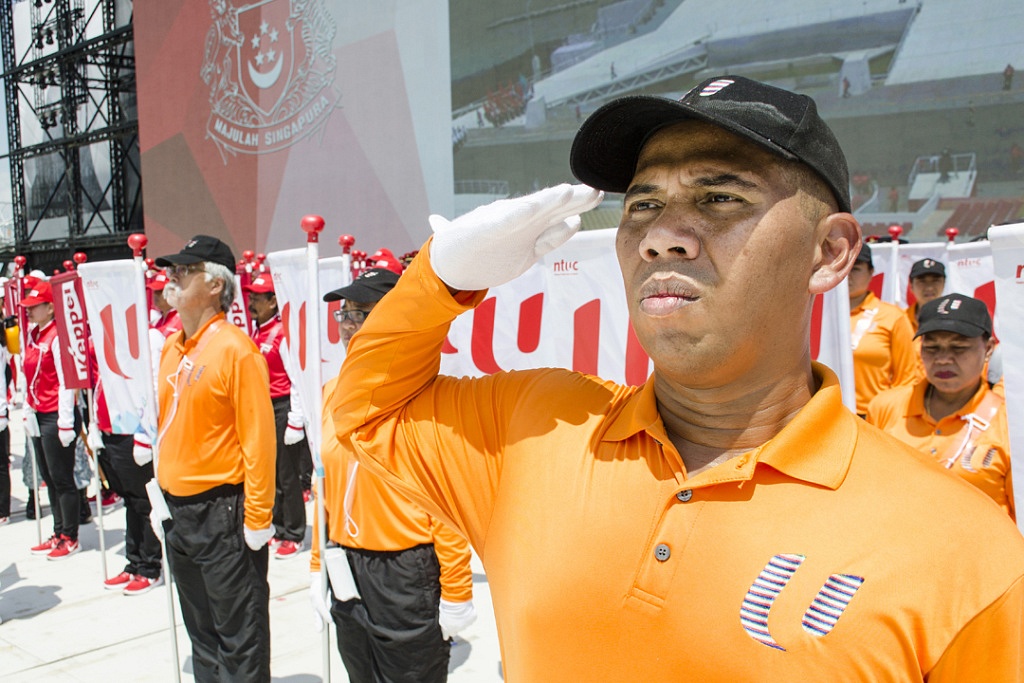 “Thinking about the experience, where I will be leading the contingent through the parade is exciting and an unbelievable experience. The nerves can even be felt even when there’s an empty stand, much less when it is full of people. No words can express the kind of satisfaction and pride I feel from doing this. No doubt that the training is tough, but the camaraderie and bonding amongst the contingent participants is something I will take away with me – that is what keeps us going through the tiredness. I don’t like the term contingent commander, I’m more like the leader and I help maintain volunteer morale and ensure that they enjoy themselves.”– Abdul Samad Abdul Wahab. The 45-year-old Union of Power and Gas Employees General Secretary is participating in his first-ever NTUC National Day Parade (NDP), and will be leading the march as contingent commander. 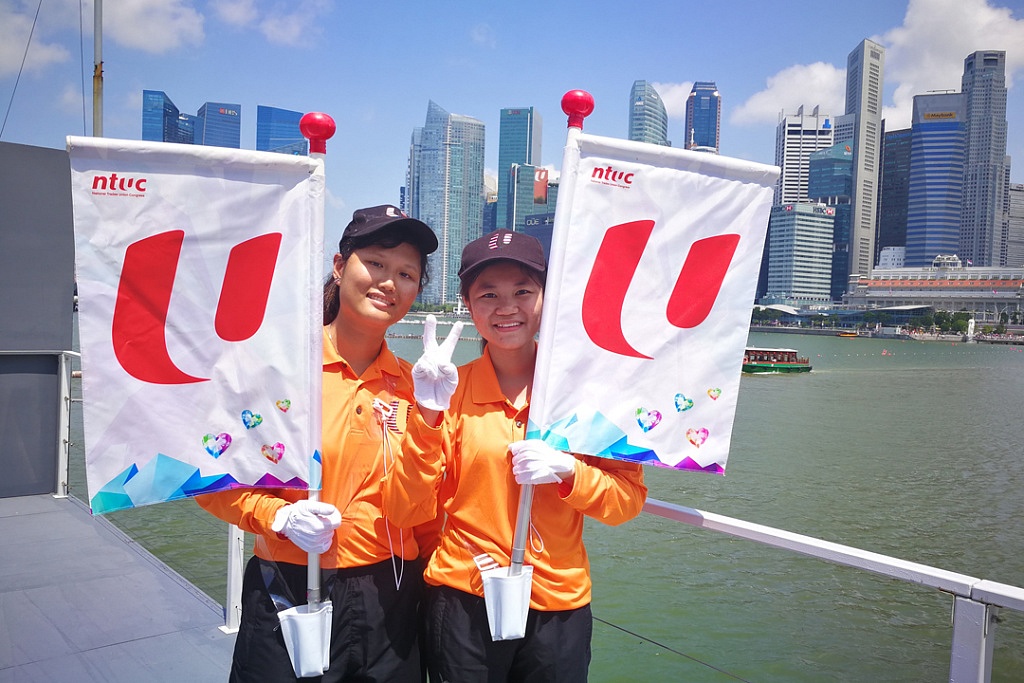 “Before we had the balloting system, my parents and I used to queue overnight for NDP tickets every year. I like the atmosphere and this time, I get to be more than just a spectator. There was one rehearsal near the Hari Raya period where we had to be vetted for the first time by the NDP Executive Committee despite many absentees. The reserves and I had to stand in as the perimeter of the contingent. It was very stressful as we had to remember the moves and lead the group on our own.” – Healthcare Services Employees’ Union member Kelly Qiu who is participating in the NTUC NDP contingent for the first time.

“I love Singapore and I really appreciate how safe it is. I’m happy to contribute to the parade. You have to focus or you will fidget or miss a command. Hearing the music and seeing everyone march, I feel the adrenaline rush and the fatigue often only sets in when it is all over. Even though we don’t know each other well, the more experienced guided us newbies along and showed a lot of concern for our well-being.” – May Seow, 23, Kelly’s colleague and fellow HSEU member who is also part of the National Day Parade for the first time. 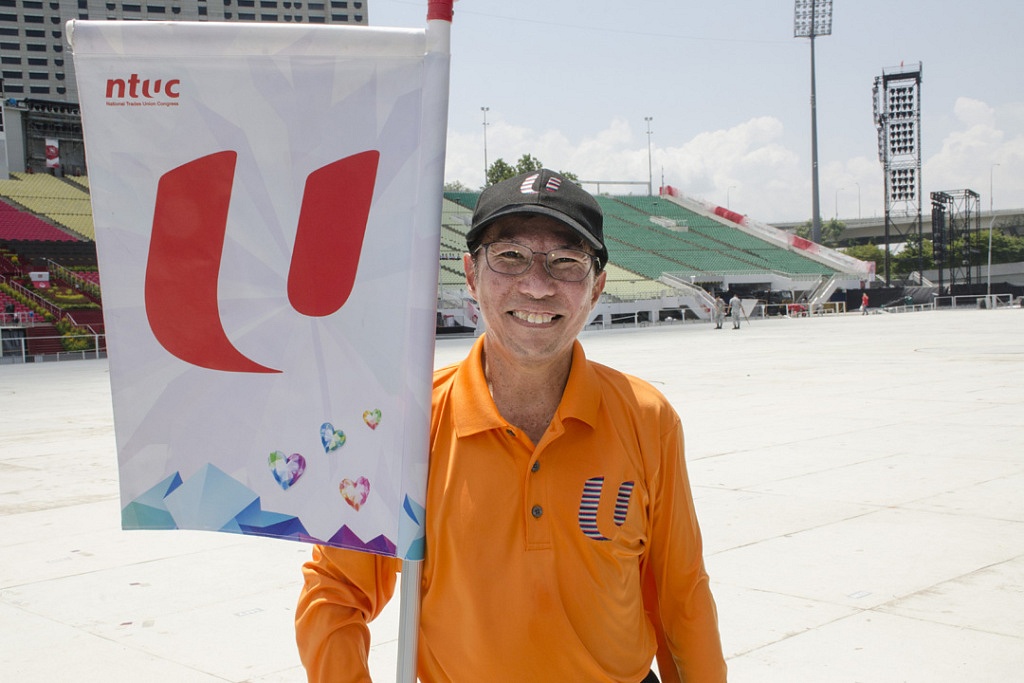 “I’ve witnessed how the displays and performances have evolved through the years, with advanced technology and better locations. I’m proud to service the nation and I will continue to do so for as long as I can.” – Amalgamated Union of Statutory Board Employees Assistant General Secretary Mok Chan Seng. Except for 2004 when it was an all-women team, the 58-year-old has participated in the NTUC NDP contingent without fail since 1996. Try to spot him below. 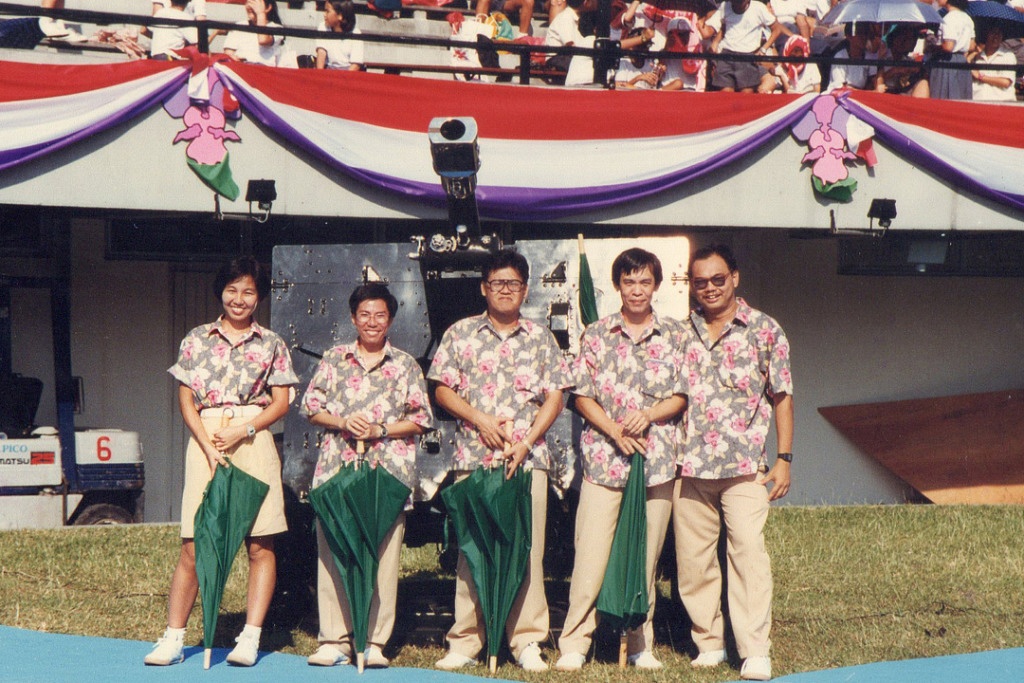 Here’s another shot of the practice in action. The contingent have been marching in the middle of the afternoon just for the big day. 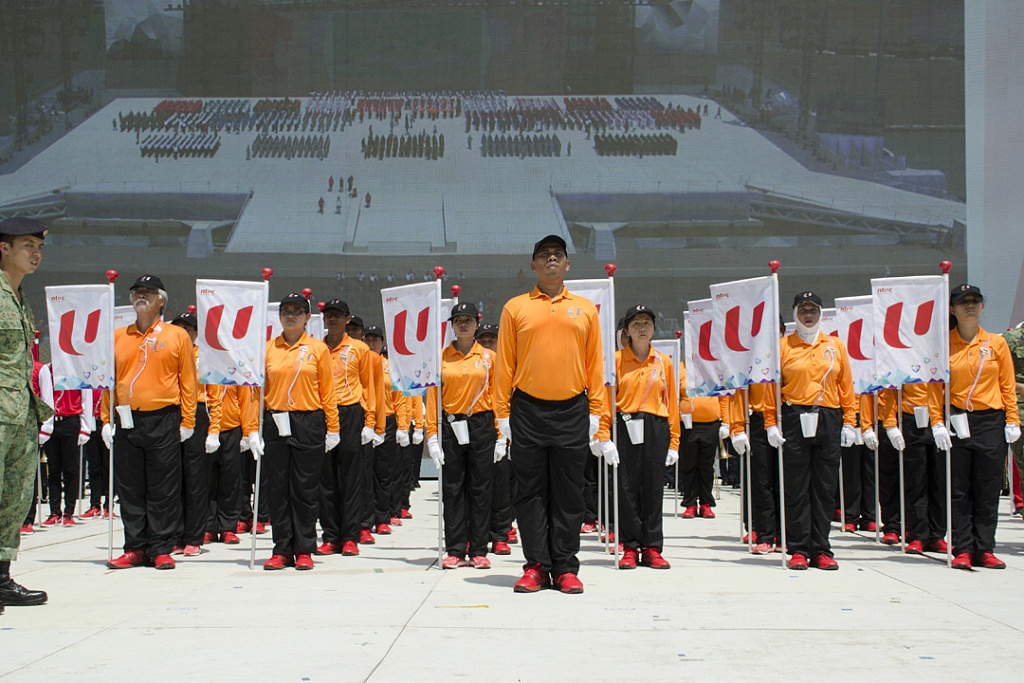 Here’s a video of the marching action