Have you seen this type of employer.

This is a blog post by NTUC Assistant Secretary-General, Zainal Sapari. Any extracts should be attributed back to the author 18 September 2018.

“An honest day’s work for an honest day’s pay” and “to make an honest living” are some of the phrases that we are very familiar with. Unless you are a volunteer, everyone works for a living and every worker looks forward to their payday.

Yet, there are workers who are not paid their salaries in a timely manner, and worse still, there are some who do not get paid at all. Under the Employment Act, it is the obligation of employers to pay their workers’ salaries at least once a month and within seven days after the end of the salary period.

Sadly, there are some workers who are owed salaries by their employers, but do not lodge their salary claim with Tripartite Alliance for Dispute Management (TADM) or the union in a timely manner to enable their salaries to be recovered. Sometimes, these workers simply do not know what to do if they do not receive their salaries and will just wait it out.

While the number of cases where workers are unable to get back their salaries is a very small percentage, for the families affected, their hardship is real. The unpaid bills are real.

In a case of unpaid salaries involving six elderly cleaners employed by the same employer over a period, the workers were not paid their salaries for work done even though the employer, operating a licensed cleaning business, was receiving the service fee from the service buyers. Unfortunately, it was not easy for the workers to track their employer to claim their unpaid salaries or even enforce Writ of Seizure & Sale (WSS) because it was a one-man company whose registered business address was a rented office space which had been vacated for many years.

It appeared that the errant employer had been using the same tactics on these vulnerable workers. These workers were assisted by NTUC U Care Centre (UCC) and their plight was highlighted to the authorities. After their investigation, the National Environment Agency decided not to renew the company’s cleaning license.

In another case involving eight employees assisted by UCC, the company did not pay the workers their salaries for many months and the Central Provident Fund Board (CPFB) was hot on the employer’s heels to recover the employees’ CPF arrears. The workers were asked by the employer to resign and sign a new contract with a new company, set up by their same employer.

Hence, the records of the previous company would show that it no longer had any staff and the employer hoped that CPFB would not focus on them. The helpless staff agreed to this arrangement because if they did not, their employer would be forced to pay the CPF first, at the expense of them getting their salaries.

Unfortunately, by the time reality sets in that their employer was unable to pay, most of the workers were owed more than a month’s salary, with some not getting paid for more than three months.

Silence is Not Golden

A persistent failure to pay workers on time is a tell-tale sign that a company is struggling. There are also workers who continue to work despite not being paid as they may be hesitant to lodge a salary claim at TADM so as not to sour the relationship with their employers.

Some might fear they would lose their jobs if they made a complaint against their employers for not paying them on time. These workers suffer in silence and continue working for their employers hoping that a miracle will happen – that the company will be blessed with good fortune to finally pay their salaries. 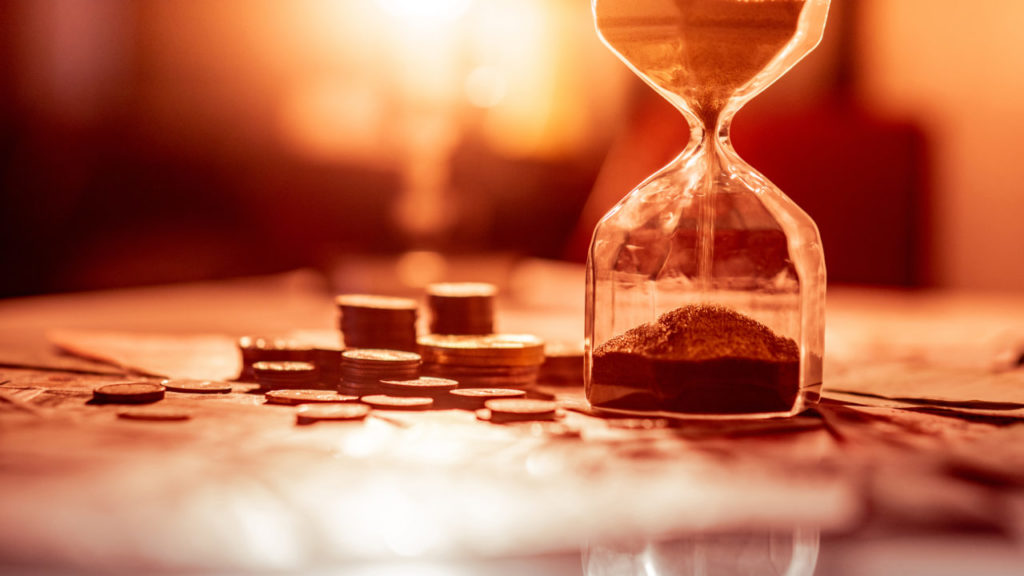 For some, not getting paid on time may mean not having enough for daily living expenses or other financial commitments. What should you do if your employer fails to pay you on time for the work you have done?

First, clarify with your employer to settle the owed salaries.

Next, if your employer is still unable or unwilling to pay, come forward to seek help from TADM or your union as soon as possible. This will prevent the owed amounts from getting bigger, and it would give you the best chance to recover your salaries.

NTUC’s affiliated unions had been mostly successful in helping affected workers recover their salary arrears. If the case is escalated to TADM for mediation, union members have the advantage of enjoying the benefit of a higher claim limit of up to $30,000 (as opposed to $20,000 for non-union members) and can have a union representative be present at the mediation session. The higher claim limit would especially benefit union members who are professionals, managers and executives (PMEs) as the salaries owed to them can run into the thousands of dollars. (Hint: Be a union member to enjoy better protection)

Most workers receive their salaries in full after mediation at TADM or adjudication at ECT. According to TADM, from April to September 2017, four in five cases of salary claims by workers were successfully resolved at TADM and the workers could recover their full salaries. This is not surprising because the Ministry of Manpower takes a no-nonsense approach if the employer is found to have contravened the relevant employment laws, and will not hesitate to take the appropriate enforcement action.

From 1 April 2017 to 30 June 2018, UCC has handled about 320 cases of non-payment of salaries (about 20 cases per month). On average, the workers are owed about two to three months’ worth of salaries, a small handful even up to nine months. The total salary owed to these workers was $1.66 million.

Writ of Seizure and Sale

If workers are still not paid their salaries owed after getting a Settlement Agreement or ECT order, they have the option to file for Writ of Seizure and Sale (WSS). The WSS order issued by the court will allow the affected workers to take possession of assets owned by the company. The workers can then sell these assets to help recover the salaries due to them.

However, this is a time-consuming process which could cost a few hundred to thousands of dollars depending on the stages of WSS and the number of assets that are seized and auctioned. For workers considering this option, UCC will help to assess if this is a feasible approach and guide the worker through the process.

In cases where UCC assesses that WSS is feasible, this option has proven to be effective, and the success rate of salary recovery has been high. In 12 of the 13 salary claim cases, where the workers were assisted by UCC to undertake WSS, the employers eventually paid the salary owed without having to have the employers’ assets seized.

However, there are workers who are reluctant to pursue WSS due to the high cost of filing for WSS relative to the amount of salary owed. Moreover, there is no guarantee they would be able to recover the salaries owed as it may not be clear how many movable assets remain in the company. In cases where a company is no longer in operation or has been sold to another party, WSS is not even an option at all.

Vulnerable, low-wage workers who are unable to recover their salaries because the company has ceased operations, are assisted under TADM’s Short Term Relief Fund (STRF) which is funded by MOM. The STRF provides short-term financial relief to local low-wage workers as a last resort, where employers are unable to pay their salaries as the company has ceased operations. To date, since the implementation of STRF in April 2017, 98, or about one-third of workers with defaulted SAs or ECT orders, who were low-wage workers, had received some financial assistance from STRF.

In the United Kingdom, if a company is insolvent and the workers’ employment has been terminated, the workers can claim for part or all their outstanding salaries out of the National Insurance Fund which is paid by employees, employers and the self-employed. However, there is still a claim limit since the intention is to help workers tide over while looking for alternative employment.

In Singapore, we do not have a National Insurance Fund. Perhaps, MOM and TADM could explore how STRF can help more workers, beyond the low-wage.

It is hard enough for a worker to lose his job when the company ceases operations, let alone not receive his salary for the work done. Workers cannot be expected to work for nothing, and perhaps the workers may want to cut their losses and find alternative employment if there are tell-tale signs that their company might be in financial distress.

Empower yourself from the onset to minimise the chances of you being denied your rightful pay for your honest day’s work. For a start, seek employment in unionised companies if you can help it, or be a union member to ensure that you get the necessary union assistance for any workplace grievances, including filing for salary claims, should the need arise.

However, should you find yourself in this unfortunate situation, or if you know of someone who has fallen victim, do remember that the chances of recovering salary arrears are higher when the company is still in operations.

The Labour Movement – NTUC, UCC, as well as MOM and TADM, will stand by you. We can only hope that you come to us as soon as possible.

Our workers’ livelihoods depend on you. As such, you have a moral obligation to ensure that they get paid on time.

If you run a business, while bottom lines may be at the top of your mind, make sure you have the financial means to take care of your workers at the end of the day.  Otherwise, owe money, pay money!

Take a break from work with this list of fun and exciting things to do in Singapore throughout the year.

Take on a Seasonal Job to Get Extra Cash!

For the Love of Coffee: A Starbucks’ Story

Apart from stocking its selves for your shopping needs, this neighbourhood supermarket has been busy doing things for the environment...